I’ll be selecting a few of the photographs that Amanda and I took while we were at the barn and sharing them with you over the next couple of weeks, as a stop-gap to my next visit.

We have decided that the best immediate solution, in the interest of cost, is to get an IKEA kitchen installed. While Amanda was in Galicia we drove the two hours from the house to the nearest IKEA in A Coruña, waited an hour for an assistant who then validated the on-line plan that I’d done, suggesting a few amendments which actually reduced the price by a thousand euros.

Having decided to go ahead we were informed that for an IKEA fitter to fit the kitchen he must first come to measure, and then check against the plans to make sure everything fits and works. Then, after making any necessary revisions, we were told that we’d have to go back to Galicia to place the order in person. It wasn’t possible to do this on the phone, or via the Internet. Apparently we have to be physically present. 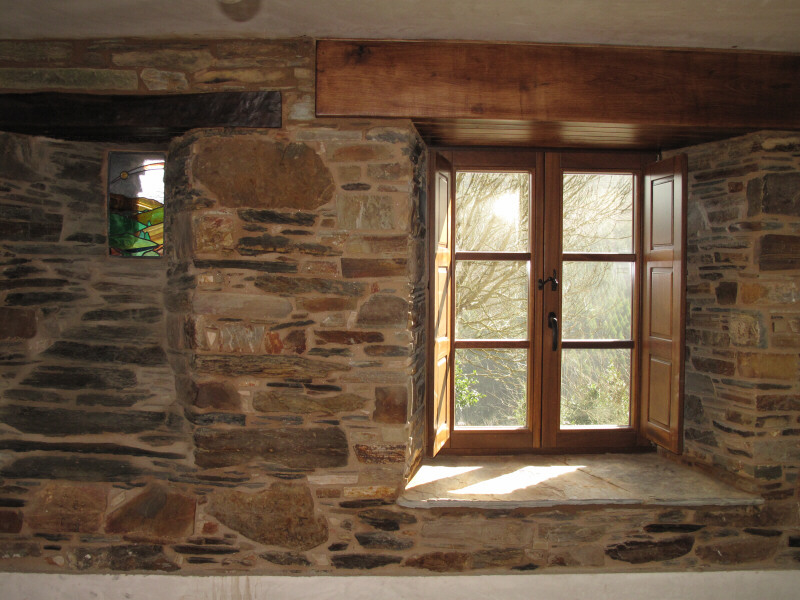 I’m still undecided whether to oil the slate window sill to bring out the blues and greys, or just to give it a good clean and leave it in the lighter colour that you can see here. I am particularly pleased with the beam and wood panelling above the window…because I painted that!