For a short while I’d been milk monitor at school. I didn’t like the school milk as it was healthier than chocolate, so cold in winter that it numbed your mouth and hurt your teeth, and so warm in the summer that it had almost turned to yoghurt before you had the teachers permission to consume the contents of the small foil topped glass bottle.

But the experience stood me in good stead, as I am now the self-appointed village ‘water monitor’ and I rule with an iron hand that Margaret Thatcher would have been proud of on the day that she stripped school kids of their daily free bottle of the white stuff.

One aspect of rural Galician life that two years has failed to normalise is the occasional total lack of water. 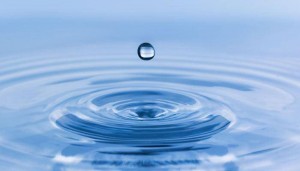 When we purchased the property back in 2010 we were told that it was supplied by town water, in addition to having its own spring. The town water turns out to be a large spring fed deposit of around 50,000 litres which we share with the rest of the village of twenty houses, and our own spring is a useless trickle of water which emerges next to the barn and does nothing more than flood the surrounding ground.

Since moving here in 2014 we’ve had two summer water shortages, which bizarrely happen late in the summer in September and October, a month or more after the usual long dry spells have ended. What appears to happen is that; as the summer goes on the water table drops drying out spring fed pasture, and as a result the local livestock owners open their cattle trough taps and leave them running around the clock.

With 750 litres an hour entering the deposit but at its worst over 1,500 an hour being used by some of our inconsiderate bovine, ovine and equestrian neighbours, it doesn’t take too long for the deposit to be emptied. The outcome is that we’ve no water to flush the loo, wash clothes, or brush our teeth.

We’d had a shortage in early October but as a key holder, and self-appointed ‘water monitor’ to the deposit, I’d soon diagnosed the problem and started a regime of cutting off the supply to the village between the darkness hours of 9pm and 9am. With my diligent water management we managed to keep the village in water during the day throughout the month, finally able to cease the rationing after a few days of rain when our neighbours felt that they could safely close their 24 hour a day livestock watering.

But then in mid-November we awoke to a non-flushing toilet, the stuff of 21st century nightmares.

Having been informed of the crisis by Amanda I quickly dressed and made my way, torch in hand, up to the communal deposit half a kilometre up into the forest. As I peered over the top of the two metre wall I could see all the way to the bottom, we were totally empty. I was furious and a little scared at knowing how furious Amanda was going to be.

I closed off the taps that feed the village to see whether the deposit would start to refill and we immediately penned a memo for the rest of the village telling them if the situation, our temporary resolution, and that we would inform the local council (who whilst accepting no responsibility for the villages water mismanagement still did have some responsibility for ensuring that we had a supply of some description).

We let the water build until lunchtime at which point Amanda needed to shower before going to work. As I was in control that wasn’t going to be a problem, I’d open the supply for just long enough and then close it off again. I took the phone and went to the deposit having made the arrangements that I’d text her when I reconnected the supply and she was to text me back when she’d showered so I could switch it off again.

Around 4,500 litres had accumulated in the six hours since I closed the supply pipes, so at least the deposit wasn’t leaking, but in the three minutes that it took Amanda to shower and text me that she’d finished, all four and a half thousand litres disappeared down the pipe, gurgling and hissing to indicate an alarming rate of water egress. Now I realised that we’d got a catastrophic problem somewhere on the network, and it seemed that it was along our supply pipe.

Pepe, from the local council, visited over lunch and I explained the situation. We agreed that we would allow the deposit to refill overnight and he’d bring a team of people up the following morning so that we could reconnect the supply and use spotters to see if they could detect the source of the leak.

We survived the day, dirty plates stacking up on the worktop, and at first light the following morning I went up to the deposit to check that it had refilled sufficiently for our experiment. But to my anger and amazement it was empty again. Overnight someone, without the experience of a ‘water monitor’ like yours truly, had opened one of the supply pipes and the ’emergency evacuation’ pipe which is used to drain the deposit should it need cleaning.

I closed both taps, tried to control my anger, called Pepe to cancel the team of spotters, and constructed another angry note for the rest of the villagers which Amanda translated and we took out to hand deliver.

Forty-eight hours after the start of the crisis the council finally arrived, mob handed. They determined that; we had a problem, which side of the network the problem was on, determined where the leak was (it was a fractured valve down near the old school house), and replaced the offending bit of iron. All in the space of about ninety minutes.

My faith in the council is restored and my reputation as ‘water monitor’ enhanced. We should now be alright until next summer, when I’ll start the rationing all over again. In the meantime we need to find a local solution to be self sustained in water, either our own well or our own deposit. I’ll keep you posted.

This entry was posted in Local Life and tagged 13, Casa Lineiras, Neighbours, Water. Bookmark the permalink.