The only real reason for my brief visit to Galicia last week was order and pay for the kitchen that we’d chosen, and for which we’d had our measurements confirmed, from IKEA in A Coruña.

Landing just after 14:00 at Asturias airport I had a 250km drive. Mercifully it was along new, pristine and for the most part, empty roads. The A-8 (Cantabrian Highway) is close to completion with just a few small stretches of country roads and now takes just under three hours. This compared to the eight+ that weary travellers would have endured before Spain dragged its’ northern coastline into the twenty-first century.

I arrived at IKEA just after six. Clutching my folders I made the long and twisting walk to the kitchen section, secured an English speaking assistant (Alex) and finalised the plans and quotation. We picked delivery and fitting dates and I just had a nagging doubt that it was all going too well. Then I went to pay and after queuing at the only ‘manned’ till for fifteen minutes I got to the front, but she didn’t speak English. 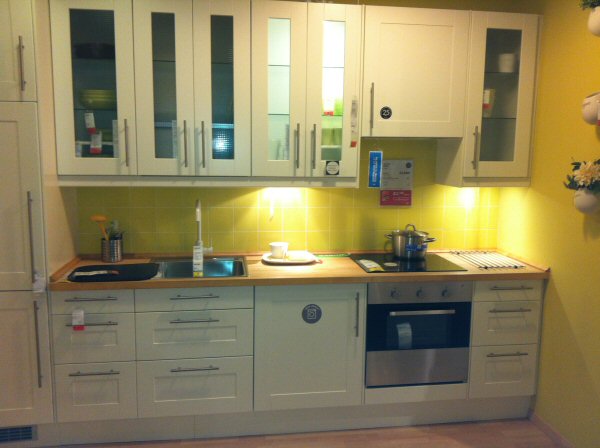 I managed to explain that I was paying for a kitchen, she pushed all the relevant buttons and swiped my Spanish debit card. ‘Rehusado’ (refused), she said. ‘Try again’, I sheepishly suggested, already feeling a little embarrassed. She did and again it failed, she suggested I might not have a large enough limit.

I asked if it could be increased. He checked the account and found we’d more than three times the cost of the kitchen in our building account and suggested that it would be no problem, he just needed to clear it with my branch manager and his supervisor.

After what seemed an age, me on a mobile phone with unknown credit remaining and in fear of being cut off any second, he came back and told me that my branch had been closed since lunchtime (I could have told him that!) and that the best that they could do was double my limit to €2,400. I’d already spent €75 on it that day so my daily limit was now €2,325. Resolved to defeat I thanked him and asked him to ‘make it so’.