I’ve never seen the house and barn in snow.

It does occasionally snow in Galicia but with the warming effect of the Atlantic spreading as far in land as A Pontenova, it is very rare for anything but the lightest of light frosts.

When we visited last week, our neighbour Oskar told me that we’d had a proper covering back in March, and he’s just e-mailed me the photographic evidence. I hope that he won’t mind me sharing the pictures with you. 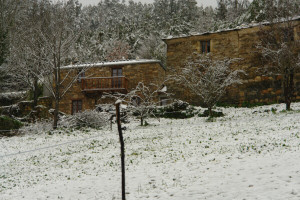 I’m a little envious that I wasn’t there to take some photos myself, but rather pleased I didn’t have to risk life and limb on the winding road up to Liñeiras in a pokey little hire car with almost bald tyres. 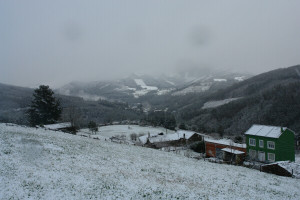 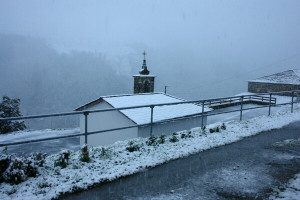 It certainly looks a lot different to the overgrown jungle which we encountered last week.

This entry was posted in The House in Liñeiras and tagged 13, Barn, Galicia, Lineiras, Neighbours, Roads, Trece, Weather. Bookmark the permalink.