With the sudden arrival of a Galician heatwave (it touched 35°C at one point this week) and the impending onslaught of tourists escaping the oppressive heat of central Spain, you would expect that the building contractors of A Pontenova are looking for a bar to quietly secrete themselves into until the cool of the autumn.

But far from it.

We now have, in hand, three written quotations to undertake the works on the barn which the architect, who cannot be named, tells us that we can get on with under our obras menores (minor works) license. This license finally arrived with our solicitor some sixty days after it was reportedly posted from the councils offices just 30km away and we now have just four months to start the works,  as a six month commencement clock starts ticking from the date that the license was issued, rather that then date that we received it.

That said, our architect tells us that she has never, in eleven years as an architect, known any local council to take action against an applicant for not starting within the prescribed time. We had supected as much, but it does make you wonder why they put a time limit on the notice.

At the moment we are allowed to; 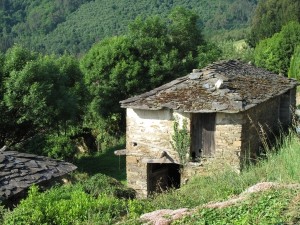 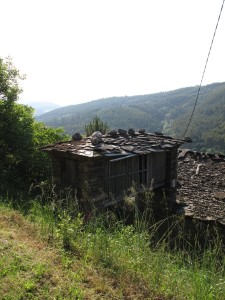 Renovate the horreó including replacing the roof (if necessary)

The quotes vary widely for these works but the cheapest two are about 10% apart from one another. The third is massively more expensive and we can only conclude that this is because the builder in question has a full order book and has decided to put in a ridiculous price to ensure that he can employ more staff should we choose him for the work.

We now need another trip to talk to the two builders who are in the frame to make sure that they are quoting on a like-for-like basis, and to do a bit of final price negotiation before appointing one of them to get on with Stage I of our development.

What a great excuse for a few days of summer sun, plates piled high with tasty fresh seafood, and some nice chilled Albariño. I think we’ll try the newly opened Manchester to Bilbao route with EasyJet.