Despite cutting it extremely fine, on Tuesday I managed to get Chris on his plane back from Asturias Airport to Stansted. Left to my own devices I had just over a week to ‘potter’, do jobs, put up shelves, clean, find homes for possessions, and visit the neighbours for coffee and cake.

One of things I did manage to do, was take a wander around the finca and have a good look at what was growing. Being mid-August, and with Carlos having removed his horses due to ‘hierba mala’ (bad grass –  a slightly different connotation to what most inner city youth would imagine), mother nature had taken over and was exercising full rampant control.

I don’t think that I’ve ever been at the house at early harvest time before and it was enlightening to see what fruits and vegetables were battling drought and neglect and persevering to ripeness.

Despite being uninhabited for around forty years the land has been managed by Carlos (we bought it from his sister) and when we’ve made trips out in September the boughs and branches have been stripped bare into wooden boxes, which I assume have been nicely stacked away in Carlos’ larder for the long winter. 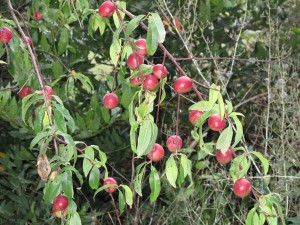 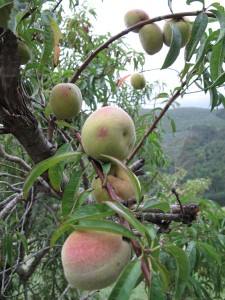 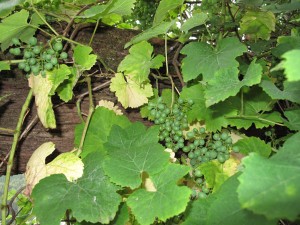 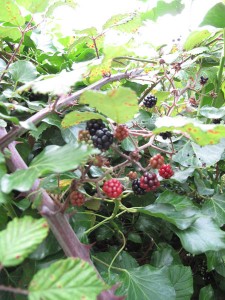 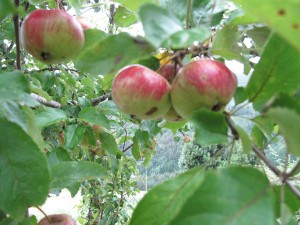 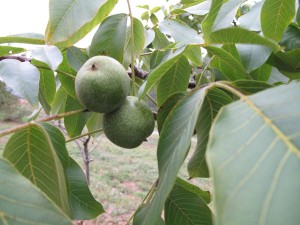 I’m not sure about the top two photos but suspect plums and peaches (any help appreciated), although the latter are as hard as bullets at the moment. The rest are fairly easy to identify.

We’ve also got; Potato, wild garlic, mint (at least two types), cherries, possibly a couple of pear trees, and a fig tree (without fruit this year as it has put all its effort into growth after we demolished it with a digger last winter).