While the literal translation of manaña is ‘morning’, it is often used to mean ‘tomorrow’ as in ‘manaña por la manaña’ (tomorrow morning), which is confusing in itself. Outside Spain it is widely used as a derogatory term, somewhat unfairly in our experience, for a lazy attitude to work which loosely translates as ‘why do something today when it can be put off until tomorrow’.

A few weeks ago, one of my tomorrows finally arrived, a task which I had delayed and delayed, but which, with the inside of the house complete bar furnishing and a few wet weather jobs, I could put off no longer. I had to start the external pointing. 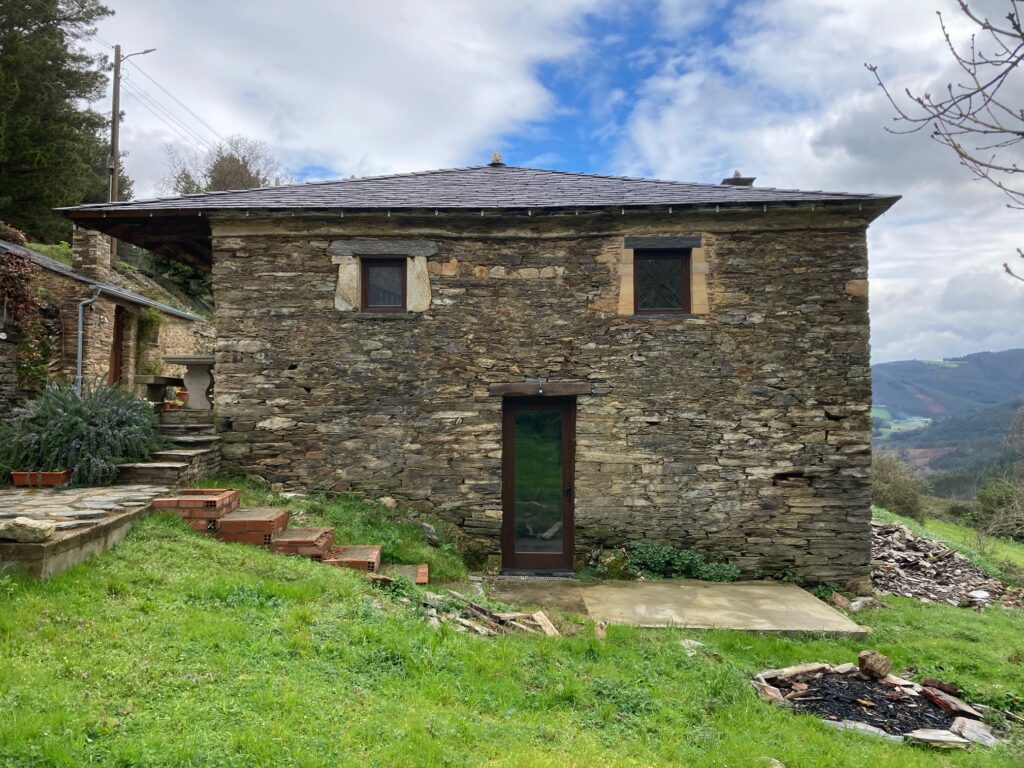 I’ve already done plenty of pointing, several of the inside walls are done, as is the interior and exterior of the bread oven, and the area around the patio, but the big house is in a totally different league. I have calculated that it is around 120m2 (around 400 ft2) of small to large random stone in various states of disrepair and some of which is at around 5m (16’) in height requiring scaffolding and working at height.

I know from experience that I average around 2m2 (6’ to 7’) in a day through the five stages of pointing and it is a thankless and soul destroying task which requires patience and diligence, two qualities which I don’t have in abundance. 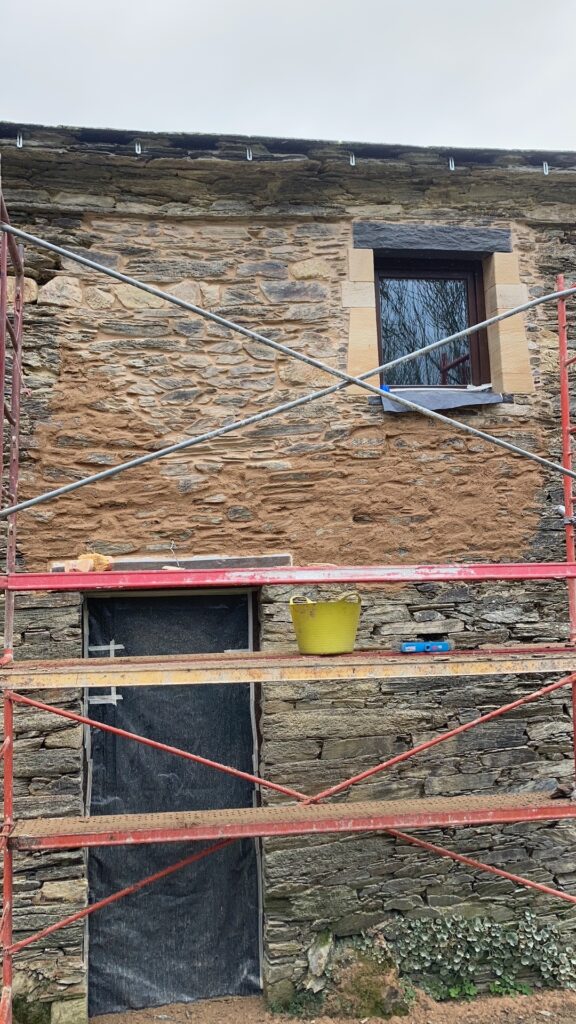 And that’s why I can manage about 2m2 per day, my only company being Spotify soothing my tormented soul by playing uplifting tunes, and the occasional visit of a neighbour making encouraging sounds about how good it looks and what a change it has made.

Just over a fortnight after starting on the first wall of the house, and 17 x 25kg sacks of mortar, I hosed off the final section and stood back to admire my handiwork. 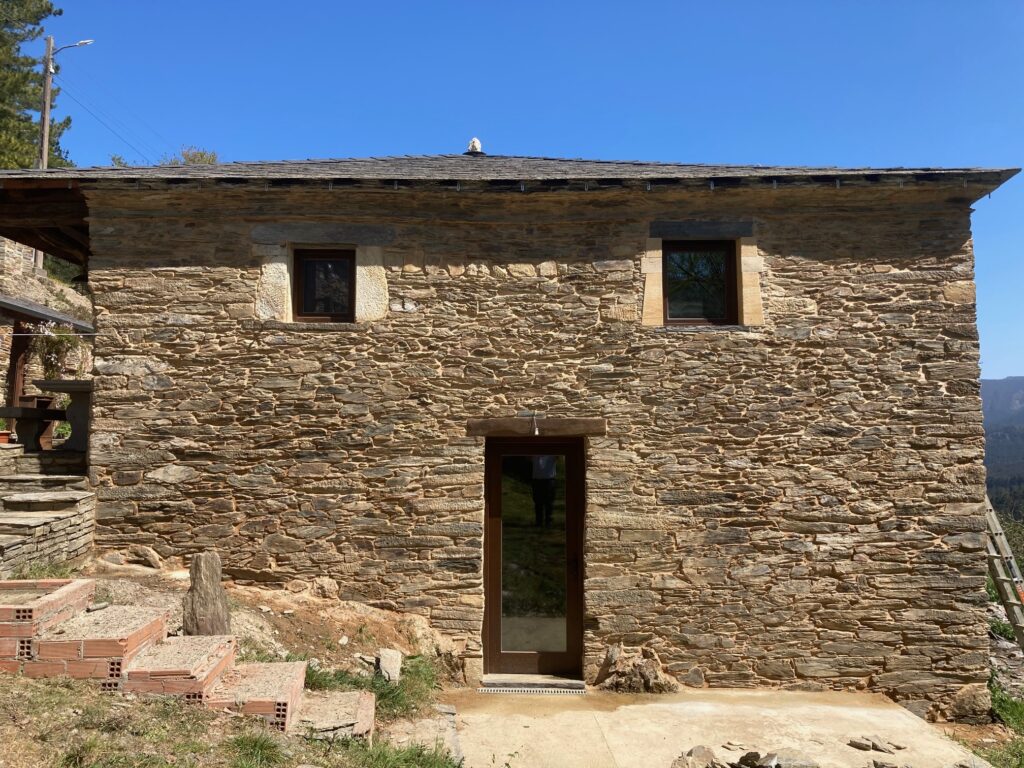 This entry was posted in House Renovation, The House in Liñeiras and tagged house, pointing, walls. Bookmark the permalink.