Rods at the ready

Nothing gets the blood flowing through the veins like a full on competition, man (or woman) pitted against man (or woman), human kind against the elements, a coveted trophy at stake. To see a whole town gripped and mesmerized by the thrill of the chase must be some spectacle, and if you were in Pontenova last weekend you could have enjoyed, and even joined in, the excitement.

As the fishing season started, last weekend saw the 33rd annual Pontenova ‘Festa de Troita’ (Trout Festival) which this year boasted seventy-one competitors, in twenty classes, who between them landed 120 fish weighing over 26 kilos with the largest measuring 42.8cm in length. The outright winners were; José Manuel Corral (Lugo) and Teresa Corral, and mightily chuffed they must have been too as they raised aloft the trophy. 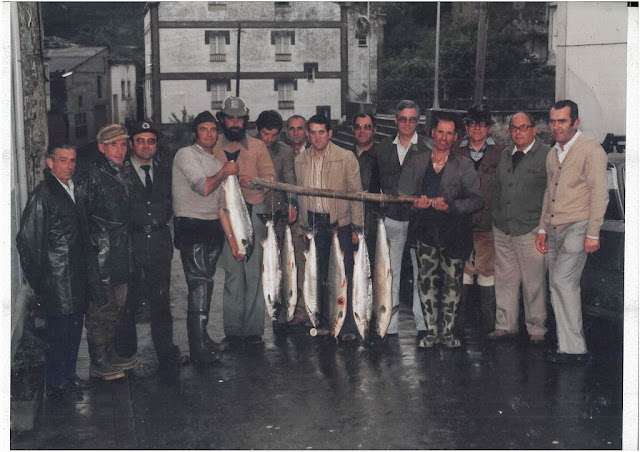 But the weekend wasn’t just about the fishing.

There was a 6km road race with tens of entrants, and a course including running over the newest of the new bridges. There were cooking demonstrations (predominantly of trout), a cultural exhibition, and several stalls showing the best that Pontenova has to offer, including rally cars.

The weekend also signalled the start of the salmon fishing season so it’s rods at the ready and off to the river banks.

Shame we were stuck in Huddersfield!

This entry was posted in Local Life and tagged Food, Galicia, Pontenova, Trout. Bookmark the permalink.