A room with a view

‘There are four bedrooms, three of them are empty, pick whichever one you want’ said Ramon as we made final telephone arrangements for my much appreciated loan of his apartment in Taramundi.

Now anyone who has observed me trying to choose a space in an empty car park will know that I’m not good when presented with more than one choice. I’ve been known to drive around for minutes, past many empty bays, before finally settling on one. The emptier the car park, the worst I am. This was not a problem I shared when I arrived at ‘Casa Ramon’.

On first inspection is was easy to determine that the middle bedroom at the back of the house was the largest, and the one with the most spectacular views over the valley. I’ve since found out it is also the coldest and draftiest, but I am willing to put up with this minor inconvenience when this is the sight which greets me every morning when I pull up the shutters. 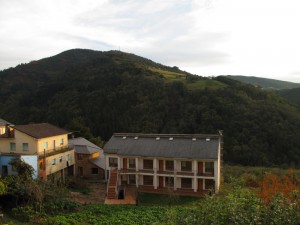 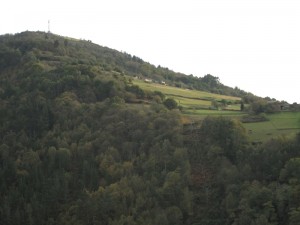 Small zoom avoiding the apartments in the valley bottom 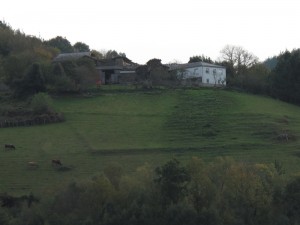 Zoomed into a finca on the hillside

These photos were taken as dusk was shuffling its feet in the wings, about to make its entrance. The rest of the day the sun beams in through my window and the glare makes clear photography difficult, especially as I am no David Bailey!