There is a mis-impression amongst the English that the Spaniards work ethos is enshrined in a ‘mañana’ (tomorrow) attitude, where hard work is avoided in favour of long coffee breaks, even longer lunches, and an afternoon siesta. The Spanish work ethic is questioned and questionable, with the mere mention of a Spanish builder often greeted with smirks and shakes of the head.

I spent the day at the house. I arrived just after eight with the boys already hard at work, and I left just after six, with them still going at it (I wasn’t, I was shattered). Admittedly they took an hour and a half for lunch, but not a single break for a coffee in the entire day. They will have stayed until dusk, as they have every other day I’ve been up there, putting in a ten hour day. 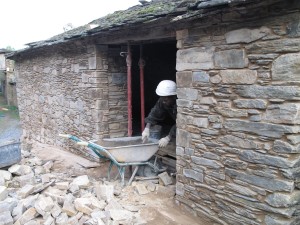 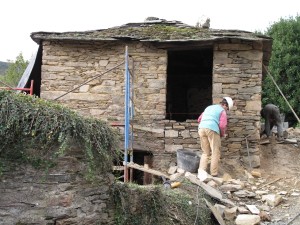 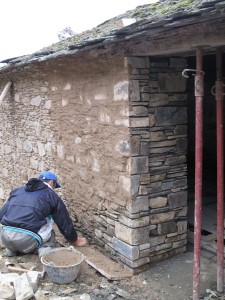 1 Response to The Spanish way of working