I normally blog about Spain for my English family, friends and other assorted readers who are kind enough to give a little of their time to read my ramblings. Today I am blogging about England for my Spanish friends, acquaintances and readers, because of the unprecedented weather that we suffered last week up in the hills above Huddersfield.

I’ve never in my life seen snow as deep, and I’ve been around a reasonable while. We probably had about half a metre where it fell deep and crisp and even, but the vicious swirling wind swept the fields bare and created mountains of snow which were up to five metres deep in places, usually in the most inconvenient of places.

The photos below tell the whole story and were taken in the days immediately after the snow storms. Click on the small image for a larger photo. 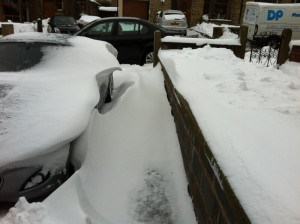 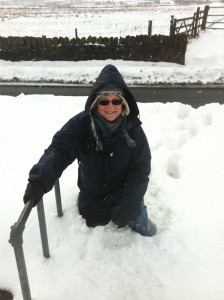 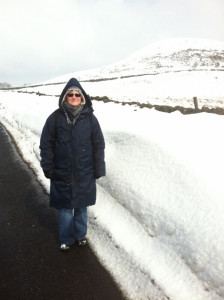 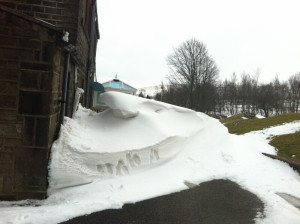 It was truly amazing, the most fantastic ice sculptures, but a nightmare for a rear wheeled drive car like mine which stayed embedded in the snow drift where I had abandoned it and didn’t move for a week.

This entry was posted in Local Life and tagged snow. Bookmark the permalink.