Our second visit – part one

A brand new year (2010), lots of hope, the UK in the grip of an arctic blast and we were following our hearts back to Galicia for house hunting trip number two. We opted to fly both ways using Santiago de Compostela airport (taking our chances with Ryan Air) as despite our arranging meetings in three out of the four provinces of Galicia (Santiago de Compostela, Lugo and a Coruna) we’d already found out that the emptiness and the quality of the roads meant that driving was once again a pleasure, rather than the chore that it has become in England. 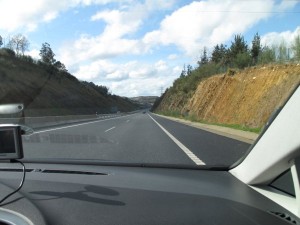 We were scheduled to meet three different estate agents over four days and view around twenty pre-selected properties. We also now knew that in Galicia, house inspection trips evolve rather than operate to any planned timetable. The likelihood was that some of the houses that we’d enquired about would inexplicably be dropped from the schedule, while others (those that an agent had not shown for a while) would get added to the list to keep their customers happy. Knowing this we developed a code to get away from a property as soon as possible, once one of us realised it was a non-starter (usually Amanda), the code was to stare at at each other and pull faces! From the outset I wasn’t convinced that it would be that much of a secret.

First up was John and Sieni from GaliciaVista (originally from the Netherlands) and whilst we saw a number of properties with great potential, most of them didn’t tick enough of our requirements boxes to merit detailed consideration. One property that they did show us would have been great, way out in the forest and with great views and land, but sadly it had just sold and we were only being shown it in case the sale fell through.

Our guides saved the best until last as we headed into the twilight and Ortigueira up on the north coast. We got our first glimpse of the Galician wild horses, out on the moorland, a majestic sight which we would see again and again over coming days and trips. 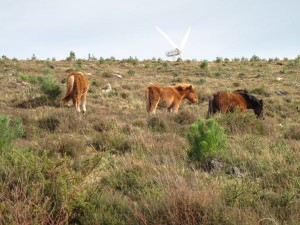 There are hundreds, maybe thousands of these horses all over the province of La Coruna. They are rounded up annually to have their manes cut for making brushes and some (avert your eyes anyone of a squeamish disposition) are culled for meat. 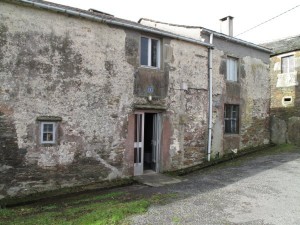 The house itself was out in the middle of nowhere in a small village of so few inhabitants that the state were now offering a monthly salary just to live there. The house was part converted and had a large field (finca) just over a small courtyard. The house had the potential for six plus bedrooms with plenty more living space and a couple of outbuildings, including a blacksmiths workshop, that could also be converted into self-catering lets. 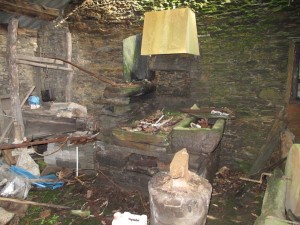 The problems were the price at 105.000 € (£93,750 at the time), and that it faced north-east restricting the amount of sun on the house. We spent an age in the village but in the end we decided it was another to remove from the list of potentials. We had spent the day giving John a great idea of what we were after, he was now on the lookout for our ideal property.

A quick meal, short sleep, and long drive and we were in the capable hands of Natalia from Galicia Holiday. Our initial choices, mostly around A Lama, were immediately dismissed as they were ‘too close to the prison’. Instead, Natalia showed us four belters. 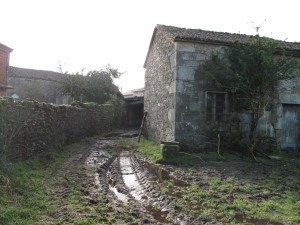 L-shaped house with a big barn

The first, in the eary morning sunshine which followed an almighty downpour, was a lovely L-shaped house where the majority of the downstairs was still milking stalls. After we broke in, the owner lost their key, we determined that upstairs was too dangerous to walk on and despite having the land, location, aspect and separate barn that we craved the stumbling block was a very narrow access between two houses that would have stopped anything other than a small hatchback getting to the house. 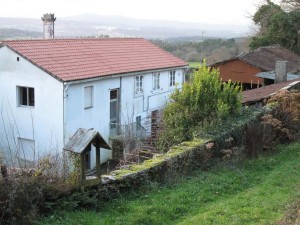 The second house was a joy and nightmare at the same time. The main house had been refurbished and rendered in the 1990’s (as you can see above) and was, at best, awful. It did, however, have a massive barn which could have been a three storey conversion at the far end of which was the old bar complete with date stone over the door. The land was a good size too and the aspect great but we’d have wanted to demolish the 20th century out of the property. 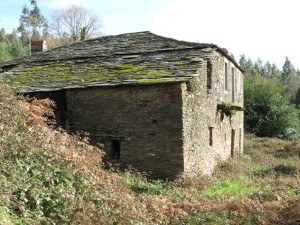 Just a little too small

House three was almost not seen. Mud on the road almost spun us into a ditch but Natalia did well to recover the situation. This was a property that we’d seen on the internet and was quite close to a roman building now used as a church. It has a small separate barn which was a little too small, and despite good aspect and a fair amont of land, including a small forest, it wasn’t viable as a Casa Rural, especially at 110.000 € (£98,000). 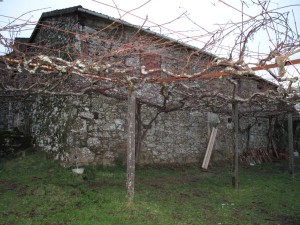 As dusk descended we headed for the final property of the day near A Estrada where we’d left our car ten hours earlier. This was a beautiful barn, once again with a lot of scope, but despite a vineyard and orchard the lack of any separate accommodation for us, and a price of 85.000 € (£76,000) meant that it wasn’t for us.

Day three properties would prove to be much more interesting, as would the wildlife, but more about that in part two.

This entry was posted in Background and tagged A Estrada, Galicia, Ortigueira, Roads, Wild Horses. Bookmark the permalink.