One mission accomplished, just in time

With the forecast predicting the weather to break (and rain to start) at five o’clock this afternoon I had decided that today was the day that I would finish clearing the horno/bodega. I still had about a ton of rubble, vines and other debris to shift, but it would be much easier to do so while it was dry and not saturated.

This is how the horno looked when I broke into in earlier in the month and got my first look, deciding then that I would use some of my time at the house to try and clear the tons of collapsed roof and other junk. 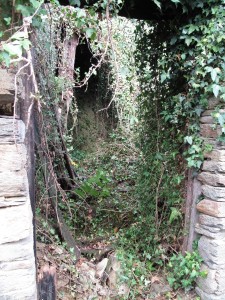 And I’ve spent quite a bit of time in there before finally shovelling out my last barrow full of debris at around two-thirty this afternoon. This is how it looks now, and I’m feeling pretty proud of myself despite a sore back, and a slightly twisted right knee. 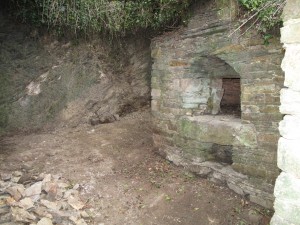 So what was the final total of rubbish, the interesting stuff rather than the rubble, slate and soil?

….and the rear half of a large plastic pink woolly sheep for which I never did find the front end!

At four o’clock the rain came just as predicted, and I felt just a little bit smug.

1 Response to One mission accomplished, just in time